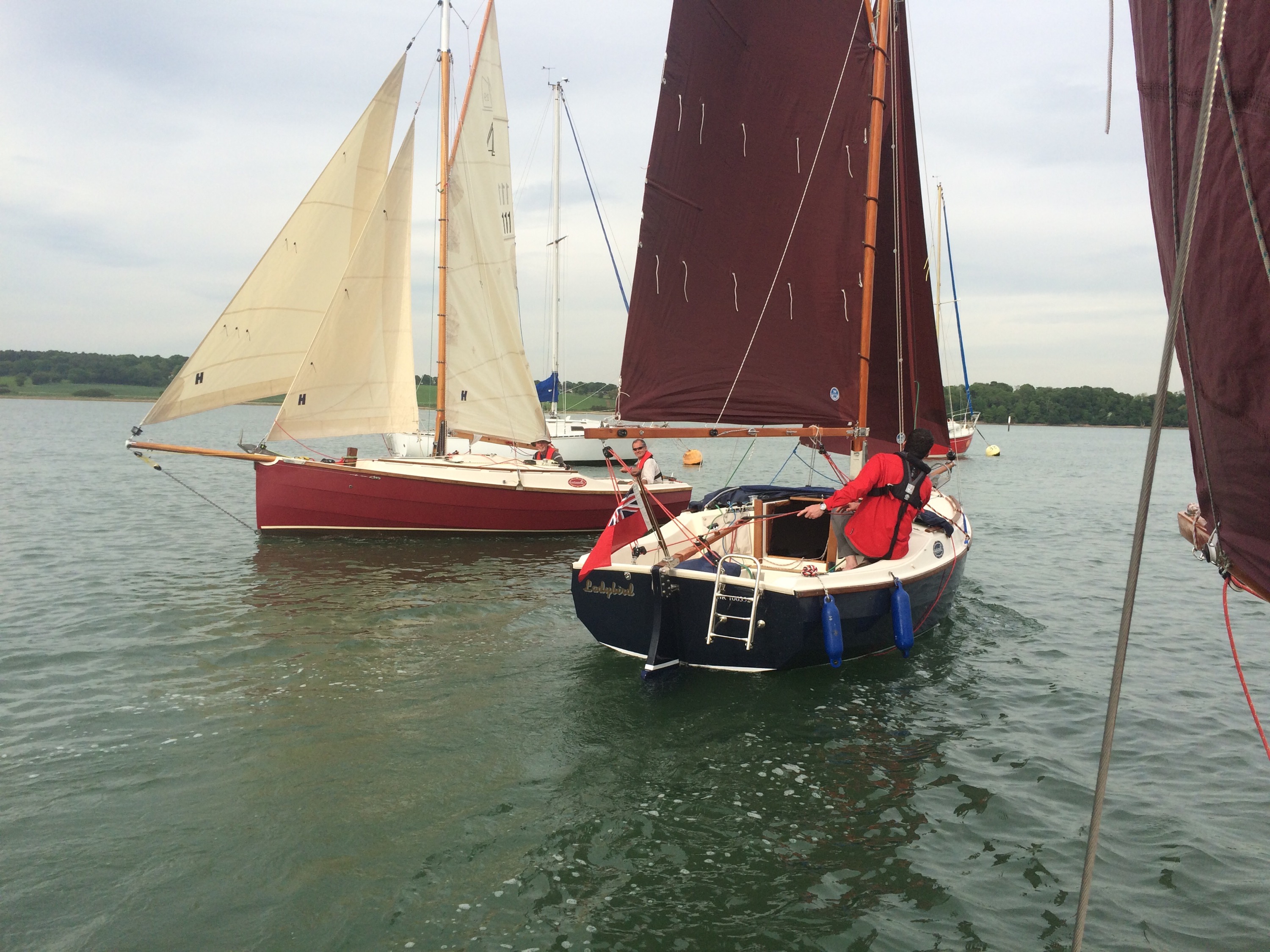 The first Cape Cutter 19 class race took place today at Royal Harwich Yacht Club in the river Orwell, with nine boats taking part. Aurora, skippered by Niki Erb, Meisje, skippered by Adrian Langford and Ladybird, skippered solo by Andrew Scullion, all made very good starts. Aurora looked like she had the edge for a while, due to flying the Genoa, as opposed to the Yankee flown by the other boats. Meisje and Ladybird chose courses along the shallower water to the North of the main channel and Aurora missed out by being in the main channel. Careful helping by local helm, James Broadway of local boat Enigma and another solo helm, Bob Steele of Irene ended with Ladybird rounding the windward mark first, followed by Irene and Enigma. Meisje and Aurora followed, closely pursued by Fraoch. 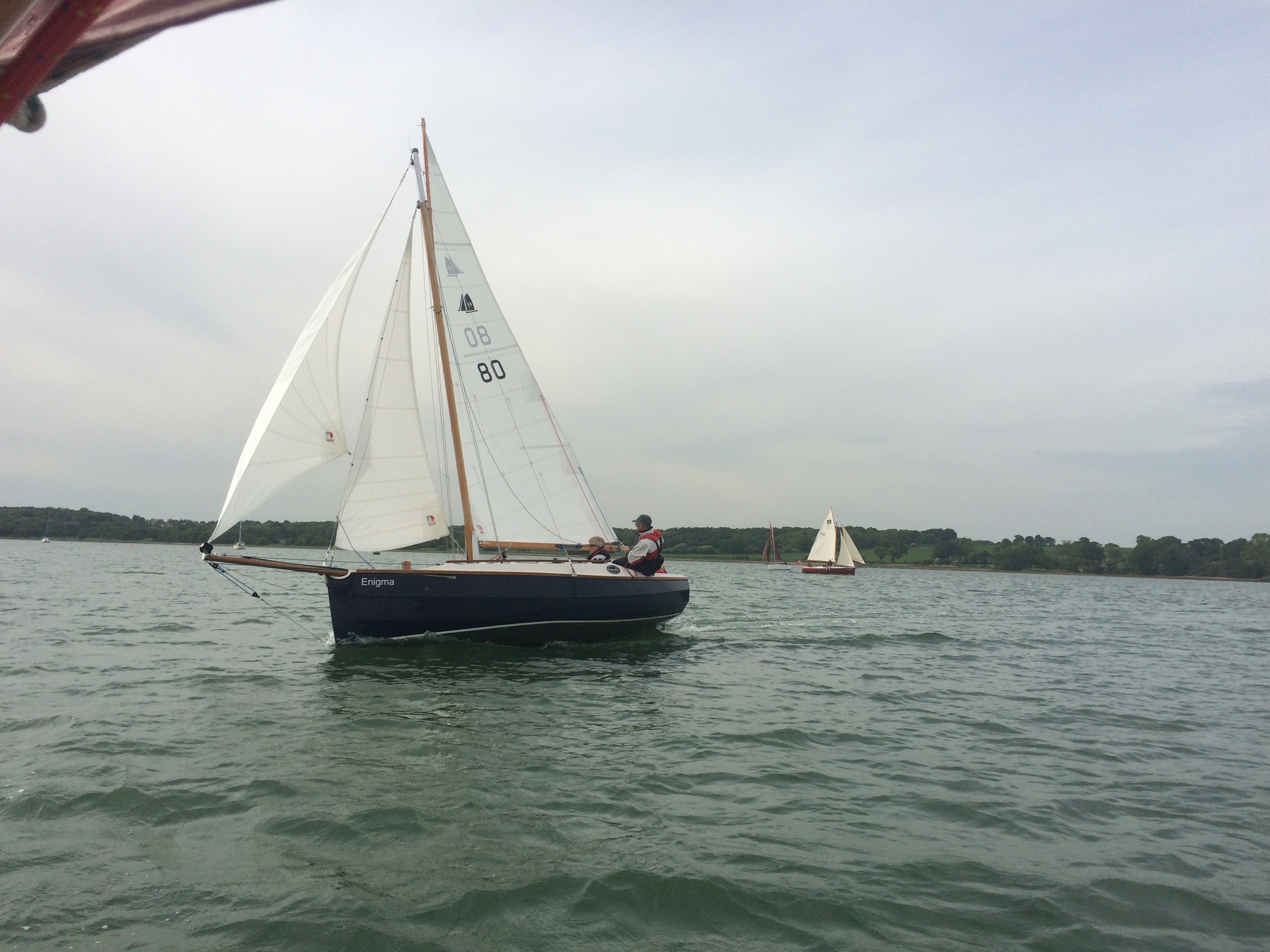 Apart from the latter two, the order was then set till the end; Fraoch had an unfortunate rounding of the leeward mark, which cost them the chance of catching Aurora. This was the first time many had raced and the children who took part were particularly enthralled. Andrew Scullion was presented with a cup for his win, by RHYC. 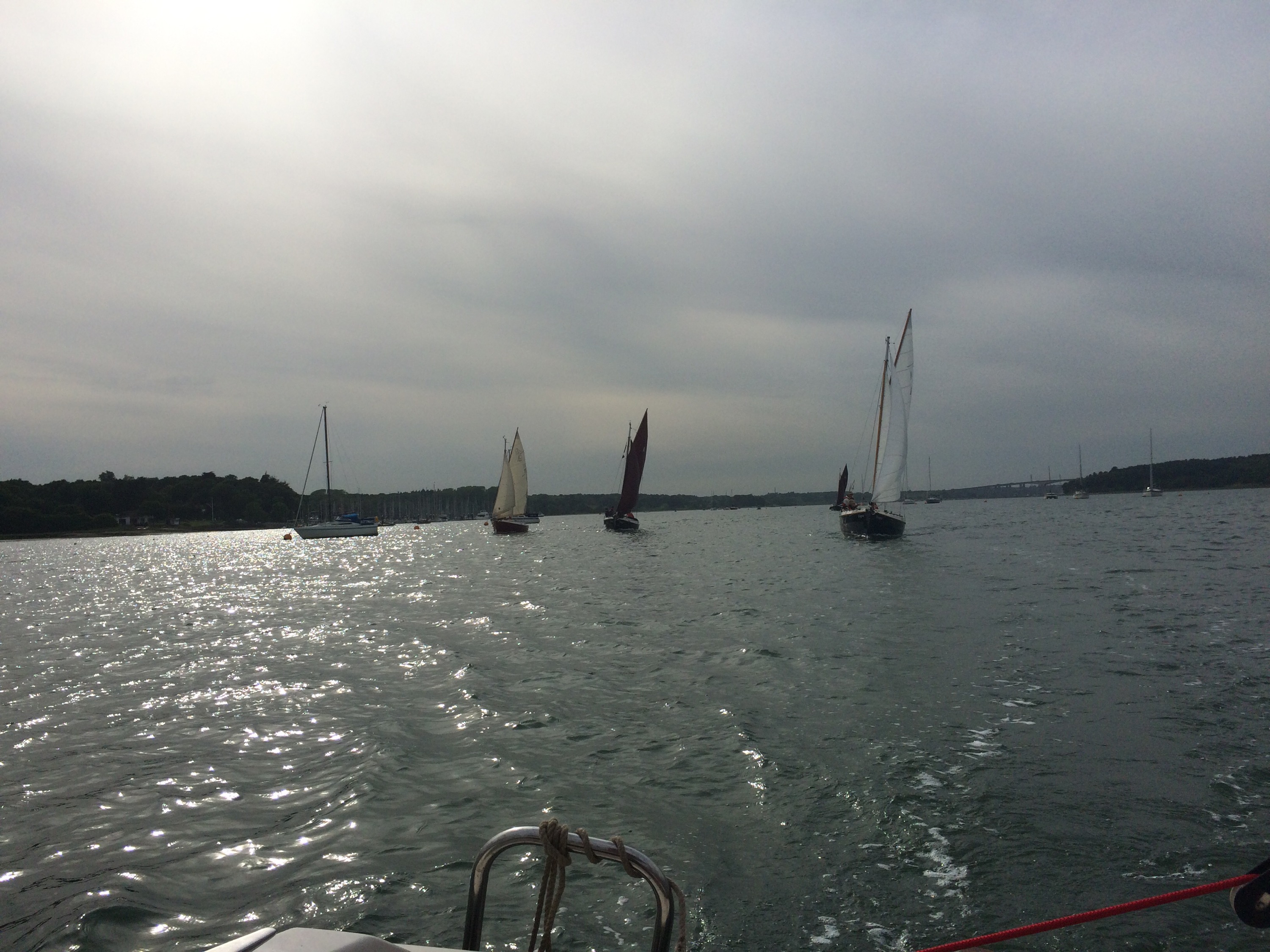 The class association is grateful to Gordon Sutton and RHYC for running the race for us, as well as making us feeling so welcome and making the event such a success.